My books are available for sale on Amazon.com through the links provided below. You can get one for yourself and a loved one. These books will minister to you to the glory of God. 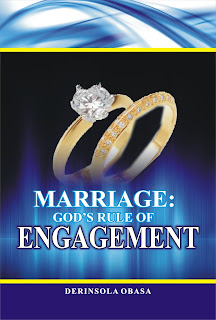 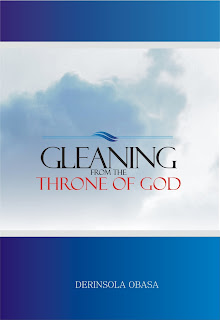 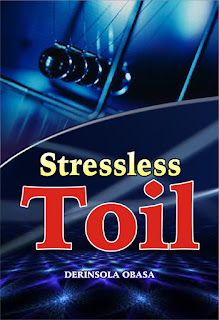 https://www.createspace.com/4424550  http://www.amazon.com/s/ref=nb_sb_noss?url=search-alias%3Dstripbooks&field-keywords=Stressless%20Toil
Posted by Derin at 16:49 No comments:

The Believing Spouse Vs The Unbelieving Partner

I do have a love for marriages, and I am convinced that if we can get it right at the home front, then the world will be a better place for all to live in. The home is the foundational bedrock of any society, and the larger the number of homes functioning well, with love abounding in the home, then the society at large will surely function well.
In the verse before us, Paul addressed the issue of an unbeliever married to a believer. It is correct that Paul in 2 Corinthian 6:14-18 says we should not be equally yoked with unbelievers, but if probably both were unbelievers when they got married, and one spouse found Christ, does that negate their marriage union?
Even in that case, the position of God has not changed, and God has not permitted divorce or separation on grounds of belief. It might appear as though Paul permitted that a believer separates from his/her spouse if the unbelieving spouse wishes it so, but I bless God that Paul beginning in 1 Corinthians 7:12 stated that he was just saying his view and not God's position. And so, we will not be wrong to conclude that the belief factor is also not a reason strong enough for a married couple to consider divorce or separation.
With that been said, we will now consider a marriage relationship between a believer and an unbeliever. Paul said, that the unbelieving wife has been sanctified by the believing husband, and also the unbelieving husband has been sanctified by his believing wife. Job 22:30 confirm this statement of Paul in some ways, it reads: "He will deliver even one who is not innocent, who will be delivered through the cleanness of your hands." And so we understand that God will show mercy to your unbelieving spouse through your own righteousness or better still the cleanness of your hands.
It a thing of joy to know that the mercy of God will radiate through you even to your spouse. This should not be misery to you though, knowing that you and your spouse are one in flesh and spirit before God and man. So by virtue of your relationship with God your spouse enjoys the mercy of the Lord until he/she is also won over to God.
I want to believe that for the believing spouses this is a message worth been joyful over, knowing that as you wait on God for the salvation of your loved one he/she still enjoy God's grace and mercy through the cleanness of your hands. And with you standing in the gap in prayer for him/her  and showing him/her the love of Christ in your daily living, it will not be long before he/she will also be won over to Christ Jesus.

My books are currently available on Amazon.com using the links below, you can view them and buy one for yourself and loved ones. I assure you this books will minister to you to the glory and praise of God.

1 Peter 3:1-2
Wives, in the same way be submissive to your husbands so that, if any of them do not believe the word, they may be won over without words by the behaviour of their wives, when they see the purity and reverence of your lives.

Proverbs 19:13
A foolish son is his father’s ruin, and a quarrelsome wife is like a constant dripping.

Proverbs 21:9
Better to live on a corner of the roof than to share a house with a quarrelsome wife.

My books are currently available on Amazon.com using the provided links below. They will minister to your lives to the glory and praise of the living God.

http://www.amazon.com/s/ref=nb_sb_noss?url=search-alias%3Dstripbooks&field-keywords=Stressless%20Toil
Posted by Derin at 13:27 2 comments:

Numbers 23:18-24
Then he uttered his oracle:
“Arise, Balak, and listen; hear me, son of Zippor. God is not a man, that he should lie, nor a son of man, that he should change his mind. Does he speak and then not act? Does he promise and not fulfil? I have received a command to bless; he has blessed, and I cannot change it.
“No misfortune is seen in Jacob, no misery observed in Israel. The Lord their God is with them; the shout of the King is among them. God brought them out of Egypt; they have the strength of a wild ox. There is no sorcery against Jacob, no divination against Israel. It will now be said of Jacob and of Israel, ‘See what God has done!’
The people rise like a lioness; they rouse themselves like a lion that does not rest till he devours his prey and drinks the blood of his victims.”

I bless God for another wonderful opportunity to share a bit of God’s word on this blog site. It's been a long while since I posted a message here, well I’ll blame it on health and the so many distractions that have been trying to take my focus away from the assignment of God in my life. Not that the messages are not important, but the strength to continually do this I pray for daily.
The oracle uttered by Balam in the passage above shows that it is impossible for God to speak and not act, and also it is impossible for God to promise and not fulfill. Even though we are assured God is boundless and there nothing is impossible for Him to do, but when it comes to God speaking a word over a situation, it is impossible for the word to be reversed or the promise of God to go unfulfilled.
For the descendants of Abraham, the promise of God that will not go unfulfilled is a promise of blessing, protection, strength and victory. A full package I must say coming from God for His own people that will not change as long as these people remain His people and are not snatched away by sin and the lust-fullness of the world.
The sure word of God concerning the descendants of Abraham spoken by Balam says, “no misfortune is seen in Jacob, no misery observed in Israel.” From this line of the oracle, it is certain fact that the descendants of Abraham are protected from any and every form of evil. In order to appreciate this better lets hear what satan has to say to God concerning Job in Job 1:9. “ ‘Does Job fear God for nothing?’ Satan replied. ‘Have you not put a hedge around him and his household and everything he has? You have blessed the work of his hands, so that his flocks and herds are spread throughout the land.” From this we can now understand that when a man works right before the Lord, God protects him and all he has from any evil. Balam’s oracle has made this known concerning the descendants of Abraham and then satan also confirmed it concerning the life of Job.
Another sure thing that is made known in the oracle of Balam is that God is in the camp of the descendants of Abraham. He says “the shout of the King is among them.” And so no sorcery or divination can work against the children of Israel. They are the untouchable breed as long as they are not consumed by sin.
If we are convinced that the oracle of Balam is true and we know that till date the descendants of Abraham are is covered by the covenant spoken of by Balam, then we need to find out if we can part-take of this covenant and have the blessings, protection, strength and victory of God abide is our own lives too.
Galatians 3:26-29 answers this question for us, it reads: “You are all sons of God through faith in Christ Jesus, for all of you who were baptised into Christ have clothed yourselves with Christ. There is neither Jew nor Greek, slave nor free, male nor female, for you are all one in Christ Jesus. If you belong to Christ, then you are Abraham’s seed, and heirs according to the promise." So we now know that as long as we belong to Jesus, we are blessed and that is a fact that no-one can change. There is no misfortune seen in us and no misery observed in our dwelling. The Lord is with us and the shout of the King is among us. We have the strength of a ox and there is no sorcery against us nor is there any divination against us. That is our heritage. That is what the Lord has spoken concerning our lives which will not go unfulfilled. He has spoken it and He will act on it. HALLELUYAH!!!!!!!
Posted by Derin at 19:15 No comments: